CVHT Homeowners’ Advice to New Buyers: Go For It!

CVHT Homeowners’ Advice to New Buyers: Go For It! 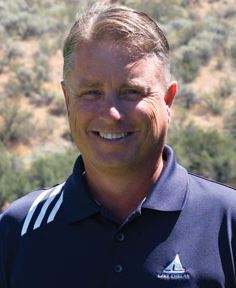 This May celebrates the one-year anniversary of the ribbon cutting ceremony of Emerson Village, Chelan Valley Housing Trust’s first attainable home community. With over 80 applicants applying for the five 1170 square foot 2-bedroom townhomes, it was sold-out months before the keys were handed over to the new homeowners.

Talking with the homeowners after their first year of living in Emerson Village shows that while each of their stories is different, they all believe they would not be homeowners today without CVHT.

“To purchase anything in Chelan was just not possible for me as a single income earner,” said Mark Lawrence, Assistant Pro at the City of Chelan Golf Course. “I found a studio hotel room for sale in the area and it was going for $20,000 more than the CVHT home—and it didn’t even have a kitchen.”

Neighbors Nick Winters and his wife, a retired couple, shared a similar story. “My options for owning a home before CVHT were just about nil. When my son-in-law showed me this home, it took me about two minutes to make up my mind,” says Winters. “I really enjoy this place.”

A third resident, healthcare professional Marisol Rojas-Zavala, echoed a similar scenario. “My options were to keep renting or move out of Chelan.” With two children enrolled in the Chelan school district, Marisol wanted to not only stay in Chelan but live within walking distance of the school.  Emerson Village was a perfect fit for her family.

All of the residents interviewed report that owning a CVHT home has improved their living situation. “Simply put, I’m not renting anymore so my mortgage payments are going to equity instead of wasting money on rent,” begins Mark. “And too, the home is mine—so if I want to do a little remodeling I can—that wouldn’t make sense in a rental.”

“The best thing about the CVHT home is saying, ‘It is mine’,”states Marisol. “Plus I now have a stable home to offer my family.”

Each of the residents said they would recommend buying a CVHT home to anyone.

Both Nick and Marisol offered three words to those thinking of buying a CVHT home—Go For It! Says Marisol, “You have nothing to lose and you have a house to gain.”